The Snake River Education Foundation is proud to welcome Snake River alumnus, Adam Reader, home for a concert to benefit the community and schools he attended growing up. Adam is the son of Steve and Becky Reader of Blackfoot. The couple raised six children together in Snake River while running a successful business and putting down roots within the district and community. In fact, Steve will soon be completing a seventeen year stint as a school board member marking the longest term for a member on record in the district. Becky has served in several leadership and volunteer roles to benefit the district over the years as well. This type of example made it an easy choice for Adam to want to give back to the community that helped him cement the values he prides and lives by. Reader graduated from Snake River High School in 1995 and is excited to take the stage with his band, The Terks, on the evening of May 18th, 2013. Formerly starring in lead roles in several SRHS musicals, Adam now is now living his dream as a chart topping recording artist.

Adam Reader is the founder and president of Refinement Records and is the lead singer for The Terks. In a short time, The Terks have become one of the biggest bands in Utah and created a substantial following. The Deseret News and The Salt Lake Tribune have called them “one of the best local bands who will go big.” They were awarded the Hollywood Music Award for Best Unsigned Band in the Nation on Grammy weekend last year after being nominated out of thousands of bands worldwide. They have been praised by critics from Rolling Stone, iTunes, and The Chicago Sun-Times who called them “one of next great American bands.” The Terks currently top the Global and National Jazz charts and will release their new album in May. Most recently, noted Utah publication Utah Music and Arts Magazine did a five page feature on the band detailing their sound and their business endeavors.

With sure footing on their own path, Reader and his partner, Patrick Coffin, have created their own recording label, Refinement Records. The studio is based in Draper, Utah and caters to burgeoning talent in the area and across the nation. The concept is to help those hoping to break into the music industry to do so by having the appropriate coaching, marketing, and the opportunity to record in a state of the art recording studio with the help of experienced professionals. Reader and his bandmates will be offering this expertise at three separate workshops sponsored by the SREF prior to the concert. Two workshops will run at 1:00 p.m. with one focusing on guitar and one on drums. Participants would need to choose which workshop would best suit their talents.  At 2:00 p.m. there will be a vocal workshop, and at 3:00 p.m. there will be a final all inclusive workshop opportunity. The charge for each workshop will be $4; this means that a participant can pay to attend one, two, or all three! This is an amazing opportunity for young vocalists and musicians in the area to work with industry professionals for a minimal price that will go back into their local programs.

Please contact Julie Wada of the SREF at 681-7247 for both workshop reservation sign ups and reserved concert ticket sales. Concert tickets are $8 each with proceeds also going to the SREF to donate back to student programs within the Snake River School District. The musical workshops and evening concert will be held at the Snake River High School located at 922 W Hwy 39, Blackfoot, Idaho. The concert will begin at 6:30 p.m. with special guest appearances by the Snake River High School Jazz Band, the SR Sixth Grade Strings Students, and the winners of the competitive Crawford Cup competition. Buy your tickets today and welcome Adam Reader and The Terks as they bring their Big Band sound back home! 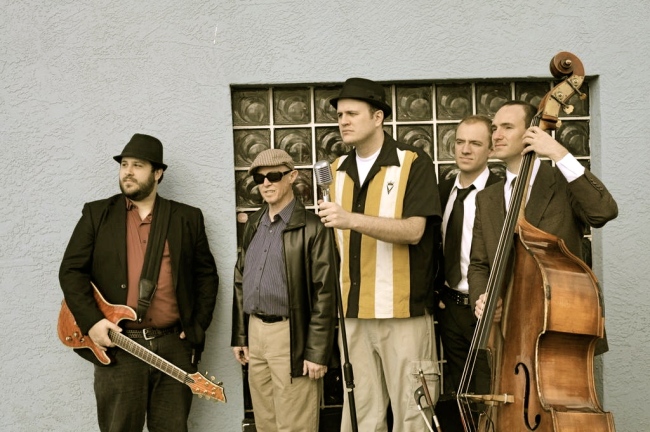